The Washington Academy of Sciences cordially invites all members of Affiliate societies to attend a reception with drinks and dinner! The event will begin at 6 pm on March 26, 2020. Location: American Astronomical Society, Suite 800, 1667 K St NW, Washington, DC 20006.

If your local society is not yet an Affiliate of the Washington Academy of Sciences, please contact us to apply for membership. 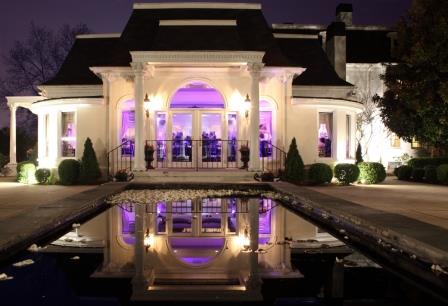 Once again our annual Awards Banquet will be held at the elegant Ceresville Mansion in Frederick, MD.  The date is May 14, 2020.  We are currently seeking nominations for awards. Please nominate worthy scientists and engineers!  The deadline for nominations is March 1.  Details for the process are here.

Our annual Awards Banquet for 2019 was held at the Ceresville Mansion in Frederick, MD.    Eight leading scientists and engineers were given awards at this event.  Also, new members of the Board of the Washington Academy of Sciences were introduced.  Watch a video of the awards ceremony here.

Keynote speaker for the event was Dr. Ming C. Lin.  Below is a video of her presentation, followed by an abstract of her fascinating talk:

With increasing availability of data in various forms from images, audio, video, 3D models, motion capture, simulation results, to satellite imagery, representative samples of the various phenomena constituting the world around us bring new opportunities and research challenges. Such availability of data has led to recent advances in “data-driven modeling” that transforms the data captured in the physical world to a digital replica of the real world in a virtual environment. In this talk, Lin surveys recent advances that integrate classical model-based methods and statistical learning techniques to tackle challenging problems that have not been previously addressed. These approaches offer new insights for understanding complex collective behaviors, developing better models for complex dynamical systems from captured data, delivering more effective medical diagnosis and treatment, as well as cyber-manufacturing of customized apparel. She will conclude by discussing some possible future directions and challenges.

Since 1898, the Washington Academy of Sciences has served as the affiliation of Washington D.C. area scientific societies. The formation of the Academy culminated a decade of planning under the leadership of the Philosophical Society of Washington. The founders included Alexander Graham Bell and Samuel Langley, Secretary of the Smithsonian Institution. The purpose of the new Academy was to encourage the advancement of science and “to conduct, endow, or assist investigation in any department of science.” That purpose guided the Academy throughout its first 100 years and will continue to be our guide through the current century.