The Washington Academy of Sciences 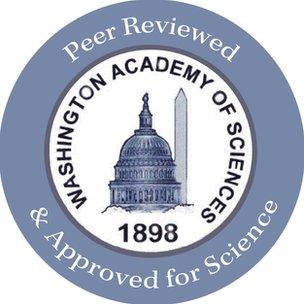 Over the past decades the publishing industry has undergone dramatic changes. The old, proud publishing houses have, for the most part, become virtually indistinguishable from other commercial establishments,
delegating their traditional editorial functions to agents whose primary purpose is to meet the demands of the market. Increasingly, authors are eschewing the agent-to-publisher-to-mass market route and are turning to
on-demand, self-publishing. Whether the process includes a traditional publisher or not, editorial niceties and fact-checking often have no place in the process.  This has led to a number of problems, the worst of which  – from the Academy’s point of view –is the great increase in “junk science” being published both as fiction and non-fiction.

The Academy therefore offers those Academy members who have written a science-heavy book the
opportunity to submit the book to our editors for review of the science therein. The manuscript receives the same rigorous scientific review that we accord articles published in our Journal. If the reviewers determine that the science is accurate, the author may then continue the publishing
process of choice and the book may display the seal of The Washington Academy of Sciences. In cases where the Academy editors determine that the book is scientifically accurate but requires editing, they may return the
manuscript to the author and request that it be satisfactorily edited.