The 2021 Annual Meeting and Awards Banquet

The Annual Awards Banquet was held on September 9, 2021 at Ceresville Mansion in Frederick, MD.  Despite the pandemic, over 50 (vaccinated) people attended in person, and many additional people watched online.

President Ram Sriram welcomed the guests, and then VP Mahesh Mani handed out the award certificates.  Outgoing President Mina Izadjoo shared inspiring comments on the importance of the Academy’s work.

Following are the award recipients for 2021: 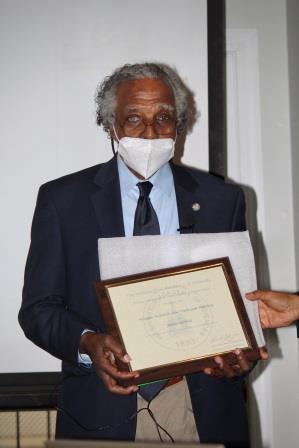 The Krupsaw Award for Non-Traditional Teaching was awarded to
James Garrant in recognition for his sustained mentoring in STEM
education. 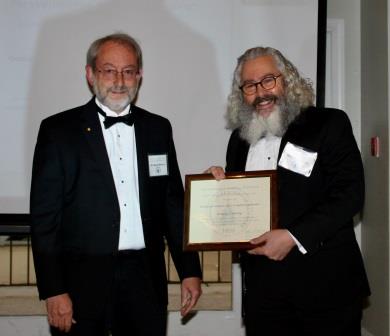 The Award for Excellence in Research in Applied Mathematics
was presented to Anthony J. Kearsley, PhD, in recognition of
his outstanding contributions in the application of mathematics
with impact in a broad range of fields, including physics, chemistry,
biotechnology and engineering. 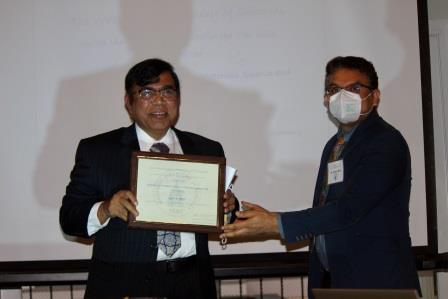 The Excellence in Research in Materials Science and Technology Award was presented to Syed B. Qadri, PhD in recognition for
major contributions to the development and understanding of
advanced materials.

The Leadership in Biological and Computer Science Award
was presented to Wendy J. Nilsen, PhD, in recognition for
extraordinary leadership in advancing trans-disciplinary
research in behavioral and computer science and promotion
of diverse and sustained engagement in the research enterprise. 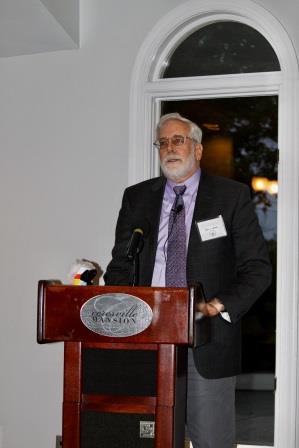 The Award for Leadership in International Corrosion Standards
was presented to Harvey P. Hack, PhD for outstanding
contributions to forging international partnerships and
promoting the development and adoption of international
corrosion standards. 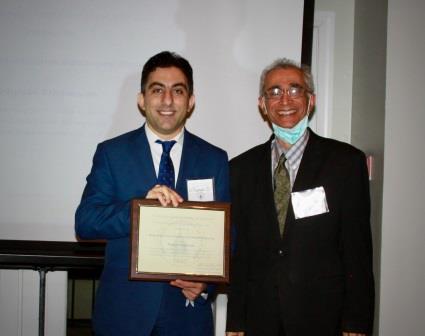 The Early Career Award in Electrical and Computer Engineering
was presented to Payman Dehghanian, PhD, in recognition for
enhancing the reliability, resilience and operational endurance
of the nation’s electric power delivery infrastructure against
environmental stressors and man-made cyber and physical threats.

The Early Career Award in Materials Science and Engineering
was presented to Appajosula Yashodhara Rao in recognition for
promising contributions in chemistry and materials engineering.
(She appeared on the podium via Zoom.)

The Early Career Award was presented to Breyana Edwards in recognition for her diligent work in the robotics program led by her mentors, including Dr. Vijay Kowtha.

The Early Career Award was given to Ayush Varshney for his research and publications on quantum computing at the Joint Quantum Institute.

Congratulations to all of these deserving recipients!  The Academy is  honored to have met them and to recognize them for their creative achievements in science, engineering and education.  Thank you and best wishes for your continued success!